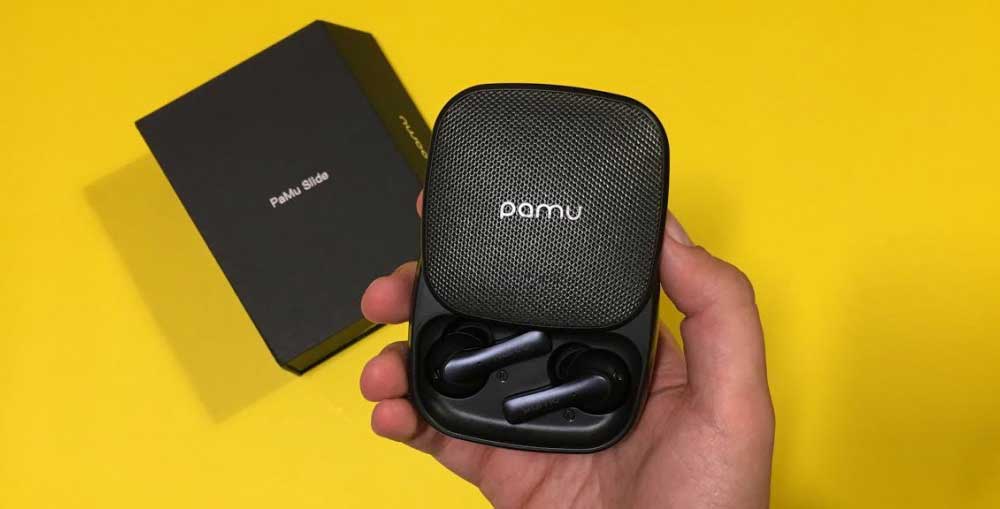 Have you ever wanted AirPods to do more? Sounds better? A higher battery time? Does it come in a color that is not white? Well, if you answered yes to all or some of these questions, this headphones were made just for you. Say hello to the PaMu Slide, Airpod-type headphones that outperform the competition in many ways.

Now, if you’ve never heard of them, we’ll give you some background. Its parent company Padmate has been present since 2010 and this is not its first rodeo in the manufacture of audio products, as they have a lot in their inventory to choose from. These could be your best and better than the names of families like Apple & Jabra for headphones. We are going to break down what they have to offer and why. Here is our review for PaMu Slide.

To begin, simply remove the headphones from the charging case and you are already in pairing mode. After that, you can start playing whatever media you want. The slides are equipped with multiple rubber tips for a better fit that fits your ear easily and can remain comfortably for hours.

They offer an IPX6 water resistance classification to handle sweat + intense rain, as well as touch controls on both pairs. So, what is the secret sauce behind this? It’s one thing: the Qualcomm QCC3020 processor. This uses less energy that results in better battery life, a stronger signal and better sound quality. The slides are armed with the latest and excellent, as they can automatically pair immediately after leaving the charging case.

PaMu made sure to put some A-grade controllers on these, since they sound sublime. Incredible clarity and good bass without unbalancing. Large enough to listen to all day until the battery runs out. But how do they do on phone calls? Fairly good. Everyone I spoke with about this says that I was clear, since I also heard them in the same quality. You can attribute this to your onboard double microphone noise reduction.

Speaking of the battery life, PaMu quotes 10 hours on a single charge. I have approached him almost 9 and half an hour in a single load. The case can charge your headphones 5 times that it does it through USB-C. And did we mention that the charging case doubles as a wireless charger accessories for phones? Yes, it does and it’s a good touch. However, it is a smaller battery of 2000 mAh. As with all forms of reverse wireless charging, it does not load devices quickly, but it’s good to have them if you’re in a hurry.

Padmate wants the PaMu Slide to be the best headset you can buy. During our time with them, I’m not sure if anyone can compete, for the time being. Between the setting, the sound quality, the long battery life or the $ 49 price that accompanies it. It’s hard not to recommend this to anyone, Android or iOS users. While there are currently several Air Pod competitors in the market, this could be the first. The PaMu Slide can now be booked on Indiegogo and comes in 3 different colors of black, white and green.

If you are interested or want more information on the slides. You can order one or more from their Indiegogo campaign. Or, you can buy them on Moldac which is the biggest distributor of Padmate company later.