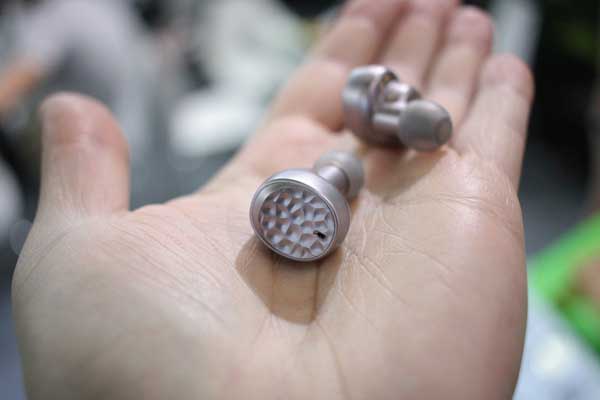 From year to year, Padmate is carving out an increasingly important role in the field of wireless headsets, the result of considerable planning and marketing work, followed by successful crowdfunding campaigns on Indiegogo. The success of the Chinese company was built on the basis of the feedback received from the users that allowed them to improve and make their products more complete. After the Pamu Scroll Plus seen last April, at the CES Asia 2019, the Chinese company released the new Pamu Tempo T5 Plus and Pamu Slide, both with a Qualcomm aptX chip that, in addition to improving sound quality, significantly extends autonomy.

The Pamu Tempo T5 Plus is an absolute preview and represents the evolution of a model already marketed by Padmate: the Pamu Tempo T5. They are designed to adhere perfectly to the ear offering greater comfort, even after hours of use. According to the company’s estimates, the adoption of the aforementioned Qualcomm chip has made it possible to extend the autonomy from 21 to 25 hours, including all recharging cycles of the powerbank housing, while maintaining a battery of the same capacity: 1000 mAh for storage and 55 mAh for each of the two earphones.

We also find Bluetooth 5.0, 6 mm dynamic driver, touch controls, IPX6 certification of water resistance and automatic coupling to the extraction from the case is supported. Pamu Tempo T5 Plus will be sold in Bay Blue and Moonbeam colors.

You have already heard of the Pamu Slides because they have met with considerable success on Indiegogo thanks to the support of over 20 thousand supporters and the collection of 1 million and 400 thousand dollars against the initial goal of just over 20 thousand dollars. Their name comes from the case that has a sliding opening (slide) in discontinuity with the past generations. Their dimensions are larger and they come out of the ear in Apple AirPods style to provide a significantly better sound quality and integrate a microphone with ambient noise cancellation.

The case has a capacity of 2000 mAh, has LED indicators that show the status of the battery and recharges quickly via USB-C input. It should allow you to take advantage of 60 hours of music playback (including all charging cycles) thanks to the support of the Qualcomm aptX chip. With a single charge, battery life is still very high, a full 10 hours. Also on the Pamu Slide we find Bluetooth 5.0, touch controls, IPX6 certification of water resistance and they automatically match the extraction from the case.

There are still a couple of weeks to go before the Indiegogo campaign ends and the early bird shipments will begin. If you are interested, you can buy them at a price of $ 69 in the variant with integrated wireless charger for smartphones or in the basic version for $ 49. You find them in black, green and white.